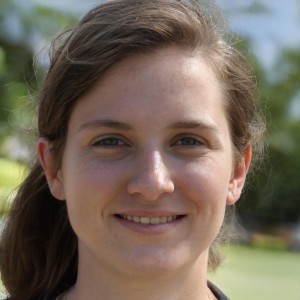 Dog love sticks! Dogs are natural hunters and foragers. Dogs feel Sticks like a reward for the conquest of walking through the woods. That’s why dogs have such a craving to chew on sticks. The stick that your pooch picked up in the woods may give them the opportunity to hone their instinctive hunting skills. However, there are other reasons why dogs chew sticks, also how a simple stick can pose a series of health issues.

6 Reasons why dogs chew on sticks:

Even domesticates dogs have strong hunting instincts. As spoke already, the stick that your pooch picked up in the woods might give them the chance to use their natural hunting instinct. Often, they try to show off their hunting and foraging skills to their owners. As dog owners, we should appreciate our dog’s actions.

According to everyone’s imagination, the main reason is quite simple. It is the shape of the sticks, sticks resemble bones. Dogs like bones for their meaty flavor as well as the delicious and nutritious bone marrow. Sticks are good alternatives when bones are not found for chewing.

Of course, sticks are your furry friend’s favorite fetch toy. Your dog can search and find the perfect stick on its own. A stick is a great toy for your dogs because they chew on them like bones. However, a stick is always fun for dogs when they engage in the “fetch” game.

Puppies or dogs that have teeth issues for e.g. sore gums or teething puppies tend to chew on sticks. Not just do they chew sticks, but they chew on a variety of items like Crayons for instance to comfort themselves against the pain. Also, dogs chew on sticks to relieve their stress. While some dogs like to have a thing in their mouth and likes to roll around, dog are funny!!..

Not just dogs some pets consume non-edible items, which are not usually consumed, this medical condition is known as Pica. Dogs eat substances like grass, toys, sticks, etc. Such dogs are believed to have nutrition deficiency or some underlying medical problems.

Here are some of the medical issues,

In some cases, sticks can splinter in their gums, tongue or roof of their mouth. Further down, it tears in the esophagus or in areas such as the pharynx. Swallowed wood fragments to the esophagus can cause blockage and irritation in the digestive tract. Even bleeding is a possibility in some cases.

Fragments of stick that is sniffed into the trachea can cause obstruction, irritation and infections of the respiratory tract.

Most people take their dogs into the emergency clinic when a stick impaled the dog at the back of its mouth. While the stick was long gone after causing a huge laceration, most of the time the owners are unaware of what was making their dog behave so out of sorts.

The problems not only arise because of splinters tearing in the internal parts but also some branches have toxins that will trouble our dog’s stomachs.

Sticks from certain trees like apple, pear, or other fruit trees can upset a dog’s stomach. The woods from these trees have a rich, aromatic taste that can entice dogs to chew but the toxins in them can trouble the dog’s stomach.

Other trees like white willow bark are actually good for your dog to chew. These trees are a natural pain reliever for dogs and they can prevent blood clots. They benefit dogs because these trees are the source for the extraction of aspirins.

Size of the stick

Look out for the size of stick your dog is chewing. Always ensure it’s big enough to fit in his mouth. In the case of large sticks, It’s absolutely possible that big sticks can have your dog’s jaw locked open because a stick is wedged inside.

Of course, big sticks can be broken into a pile of smaller sticks. Especially, this is dangerous if your dog has the habit of breaking the wood into smaller pieces. As seen earlier, we don’t want our dog to be swallowing these small pieces of wood. Because the splinters can tear or irritate the inside parts.

There are toys in the market that comes with all the fun of real sticks. So the dog owners do not need to fear the splinters and mess. They come in super cute designs that can also float and glow in the dark. They’re great for a game of fetch and also feature a built-in rope and handy grip for tossing.

Dogs love sticks, sticks are toys of nature for dogs. I have heard stories of dogs, for once a stick has been lodged into her throat. Yet, they loved to play with sticks. It is fair enough to be careful, but at the same time, you may not have to stop them from playing with a stick. Playing with plastic toys does not mean it is safe. There are certain plastics that can cause cancer in dogs, wisely choose the best toy for your pooch. Moreover, accidents like swallowing balls or toys have occurred in the past too. Now that we know things that we need to be watchful about, we can ensure our dogs are as happy and healthy as they can be.

Can Dog Eat Walnuts? What is good What is Not?

How To Stop Dog Snoring? Risks Of Snoring!